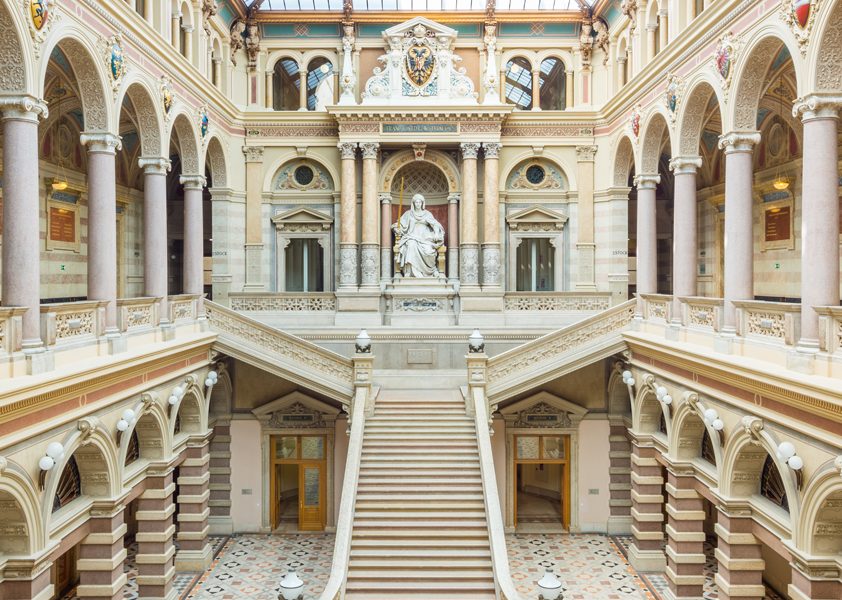 The Supreme Court is the only court provided for under the Austrian Constitution. Article 92 of the Constitution defines ist as “the court of final appeal in civil and criminal matters.” This provision has the effect of guaranteeing the Court’s existence. It cannot be abolished by ordinary legislative process and it must remain the only court of last instance in civil and criminal cases. The organisation of the Court is governed under the 1968 Supreme Court Act.

There are three senior appellate courts serving the Republic of Austria. Each of them has equal standing in terms of the provision of judicial oversight. The Constitutional and Administrative Courts have separate jurisdictions in matters concerning public law. The Supreme Court, located in the Palace of Justice in Vienna, gives judgements in civil and criminal cases.

The main function of the Supreme court is to ensure legal certainty and uniformity in decision-making. Although its judgements are not regarded as precedents formally binding the lower courts, the Supreme Court’s authority provides clarity on the application of the law, which is an essential safeguard for citizens.

The Court has 60 members, including the President and two Vice Presidents. Justices of the Court sit on panels, which may be differently constituted, subject to the provisions of the Supreme Court Act 1968. In most cases, panels have five members, one member is the presiding judge. In matters concerning competition law, labour law and social security law two of these members will be expert lay judges. A fully constituted or enlarged panel is comprised of eleven judges; small panels have three members. Since 2014, the Supreme Court also has original jurisdiction in arbitration proceedings such as the appointment of arbitrators or challenges of the arbitral award.

The Supreme Court is also the final authority concerning disciplinary proceedings against members of the judiciary, as well as the disciplinary court of last instance for notaries public and attorneys.

In civil matters, the Supreme Court deals with remedies against the judgement of the Courts of Appeal. The Court only decides on questions of law, not on questions of fact. Access to the Court is limited in two ways. On one hand, consideration is given to the value of the dispute. On the other hand, access to the Court depends on the importance of a case in relation to to certainty and uniformity of the law, or any prospect that the final decision might produce a development in the law. Disceretionary limitations of this kind serve a pragmatic purpose to limit the Court’s busy caseload, without compromising its significance and constitutional status as a court of final appeal.

In criminal cases, the Supreme Court primarily decides on nullity appeals (appeals from criminal verdicts passed by courts with lay assessors or jury trials) and associated appeals (against the imposition of penalties or findings relating to civil law claims). Apart from that, also the Procurator General may bring appeals to the Court to preserve the integrity of the law. Ancillary to these functions, the Court presides over decisions concerning the rights of those detained or incarcerated, known in common law jurisdictions as Habeas Corpus.

In the course of legislative initiatives, the Supreme Court regularly issues opinions on draft legislation. For this purpose it maintains five panels.