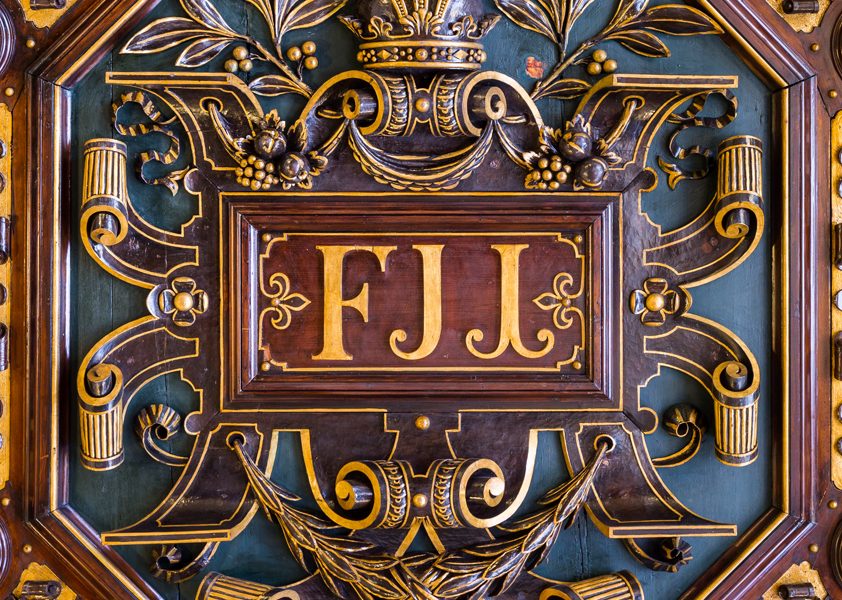 On 16 March 1873 Emperor Franz Josef I decided on the site for a Palace of Justice, and by Imperial Ruling dated 4 September 1874, he resolved to construct the Palace of Justice in Vienna, the capital and imperial residence, to accommodate the Courts of Justice there, “in permanent solicitude for the needs of the administration of justice and the population in its quest for justice”.

The jury selected the design of Viennese architect Alexander Wielemans, Edler von Monteforte (1843-1911), and work began on the foundations in May 1875. In 1881, the building and its interior (a major example of what was to become known as Historicism) was completed, and the Emperor Franz Josef I performed the ceremonial laying of the final stone on 22 May 1881.

Having cost a total of 2.75 million guilders, the new building housed the Supreme Court of Justice and Cassation together with the Procurator General’s Office, the Higher Regional Court of Appeal for Lower and Upper Austria and Salzburg (together with the Senior Public Prosecutor’s Office), the Vienna Regional Court for Civil Matters and the Vienna Commercial Court. Since then, the building has been witness to many twists and turns of history