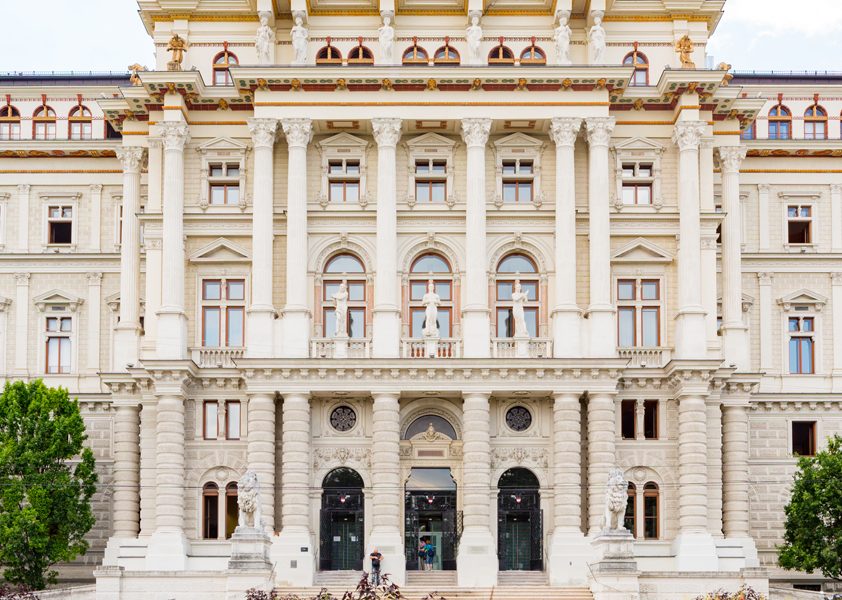 ​​In March 1873 Emperor Franz Josef I chose the site for a Palace of Justice, and by Imperial Ruling in September 1874, he resolved to construct it in Vienna, the capital and imperial residence,“in permanent solicitude for the needs of the administration of justice and the population in its quest for justice”.

Today, the Palace is home to the Supreme Court, the Procurator General’s Office, the Vienna Higher Regional Court of Appeal and the Senior Public Prosecutor’s Office for Vienna and the Vienna Regional Court for Civil Matters.