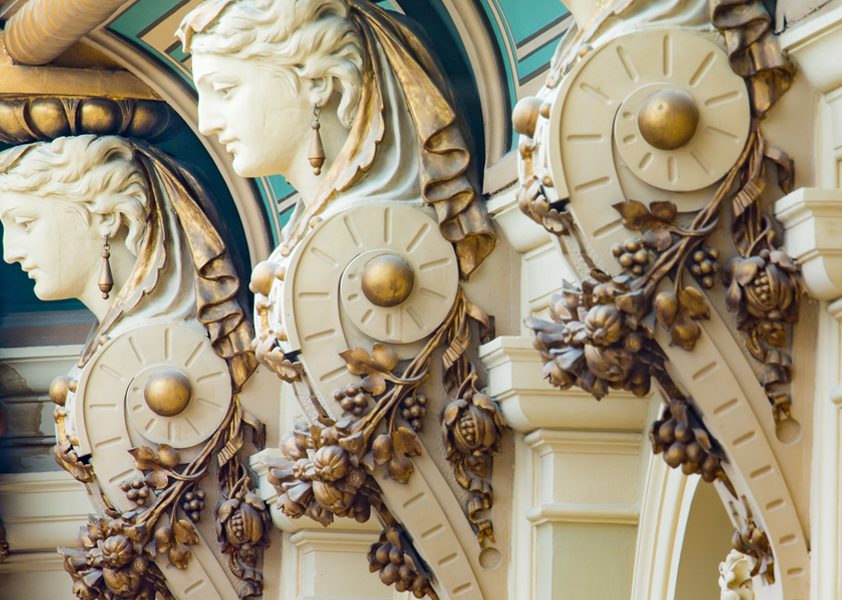 During the war, the building (which had only recently been reconstructed) was again damaged on several occasions by bombs, particularly affecting the roof and glass dome of the Aula.